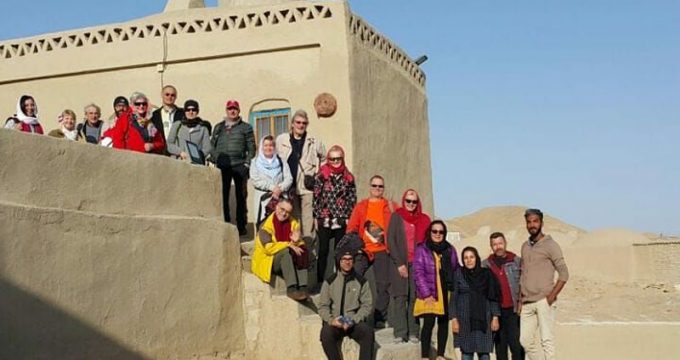 Financial Tribune – The inflow of foreign tourists to Iran has been shifting from Europe to regional and neighboring countries, mainly Iraq, Oman, China, Turkey and Azerbaijan, since the last Iranian year (March 2018-19).

The abolition of visa requirement for some neighboring countries (Iraq, Oman and China), depreciation of the Iranian currency rial and an increase in the number of direct flights are said to be the main factors attracting more tourists from the region.

About 7.8 million tourists traveled to Iran during the last Iranian year to register a 52.5% growth compared with the preceding year.

According to Hormatollah Rafiei, the head of Travel Agents Guild Association, the number of Omani tourists visiting Iran during the first half of the current Iranian year (March 21-Sept. 22) saw a staggering 96% rise compared with last year’s corresponding period, Donya-e-Eqtesad reported.

This is while the number of Omani airlines’ flights to Iran has reached 8-9 per week, as Iranian airlines’ weekly flights from Oman to Iran are now at about 40 flights, up from only 2-3 last year.

“Between 1.5 and 2 million tourists from Iraq visited Iran in H1, registering a 35% rise YOY,” Rafiei said, adding that the number is expected to reach 3.5 to 4 million by the end of the current fiscal year (ending March 19, 2020).

Incoming tourists from Turkey registered a 35% YOY rise in H1.

Besides Iran’s abundant tourist attractions, many foreigners travel to the country for medical as well as religious purposes.

“Between 500,000 and 550,000 tourists visited Iran from neighboring countries for medical purposes in the last Iranian year, which ended on March 20, 2019,” says Saeed Hashemzadeh, the head of Health and Medical Education Ministry’s Health Tourism Bureau, adding that the figure is estimated to increase this year.

“Close to 72,000 of these tourists were hospitalized and the rest were outpatients. Around 70% of health tourists visiting Iran seek services in five medical fields, namely gynecology, ophthalmology, orthopedics, cardiology and cosmetic surgery,” Hashemzadeh was quoted as saying by Donya-e-Eqtesad.

The official noted that Iran has the capacity to receive 2-2.5 million health tourists per year, particularly for outpatient services.

“Each foreign patient spends around $3,000 in Iran and this is apart from other services these patients and their companions receive,” he said.

Iran is also home to many religious sites, attracting a large number of Muslims, mainly from neighboring Iraq.

Maryam Hodaian, the head of Esfahan Tourist Guides Association, says the number of Italian and Spanish tourists visiting Iran has grown but incoming tourists from France and Germany have declined.

A total of 4,998,215 tourists visited Iran during H1 to register a 26.34% YOY, according to Deputy Minister of Cultural Heritage, Handicrafts and Tourism Vali Teymouri.

Iraq, Azerbaijan, Afghanistan, Turkey and Pakistan were the main source of tourists to Iran in H1.

Iran has been ranked first worldwide in terms of price competitiveness in the World Economic Forum’s “The Travel & Tourism Competitiveness Report 2019” with a score of 6.7.

According to Azerbaijan Republic State Statistics Committee, the number of Azeri citizens visiting Iran during the first 10 months of 2019 increased by 72% compared with last year’s corresponding period.

A total of 4.65 million from the Republic of Azerbaijan traveled to foreign countries, of which 36.5% visited Iran, IRNA reported.

Over the past few years, Iran has always been at the center of Azeri tourists’ attention, as they travel to the country for medical treatment and pilgrimage to religious sites.