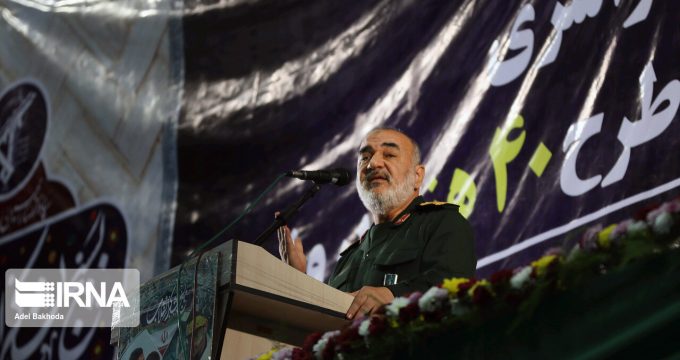 “Enemies should be careful because the Iranian nation is great, strong and resistant; we tell America, England, Israel, and their allies that you would receive a response if you continue your hostile actions … the Iranian nation defeats enemies in any scale,” he said on Thursday in Hamedan in a gathering of Basij volunteer forces of Hamedan province.

Iran has managed to isolate enemies that had planned to isolate Iran, he said, adding that enemies are now ‘confused’ and are losing their political influence.

Elsewhere, IRGC’s commander said that Iran is effectively decreasing reliance on oil revenues. “Ambassador of a European country has gathered envoys of other countries and told them that Iranians are cutting dependence on oil and this will happen soon. The envoy told others: let Iran export its oil so as to keep this dependency,” Salami said, highlighting that this dream of enemies will not be realized.