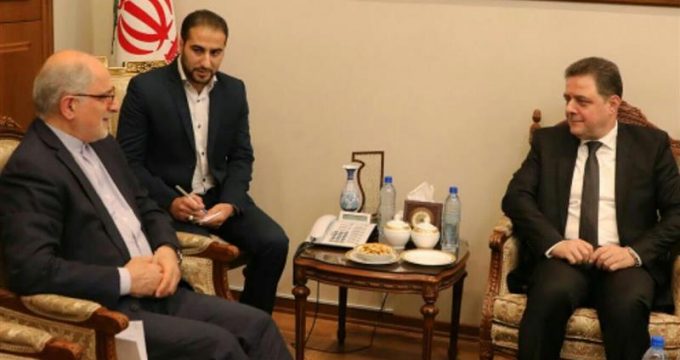 In the meeting, held on Monday, the two officials discussed mutual cooperation between Tehran and Damascus in the field of construction, particularly implementation of housing projects, road construction, and development of relevant infrastructures.

Ansari and Abdul Latif also weighed plans to provide the private sectors of the two countries with incentives and a reassuring environment for work.

The Syrian minister has travelled to Tehran at the invitation of Iran’s minister of roads and urban development to form the Iran-Syria Joint Executive Committee for Housing and Urban Development, the Foreign Ministry’s website reported.