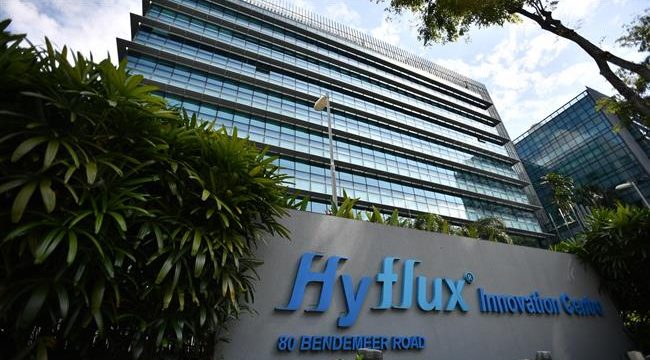 Its subsidiary Hyflux International Pte Ltd (HIPL) had signed a contract in April 2018 to develop a reverse osmosis desalination plant in Bandar Abbas on the Persian Gulf.

The project, awarded by Iranian firm Asia Water Development Engineering Company (AWDEC), was suspended in October 2018 after the US pulled out of an international nuclear deal with Iran and reintroduced sanctions on the country, the Business Times of Singapore reported.

According to the English-language newspaper, Hyflux was unable to receive payments from AWDEC for works to be performed under the contract because of the sanctions.

The coercive measures target Iran’s oil exports and financial sector, essentially making 50 Iranian banks and their subsidiaries off limits to foreign banks on pain of losing access to the US financial system.

Hyflux announced on Tuesday that HIPL “has been released and discharged from all rights, duties, obligations, claims and demands”, the English-language newspaper said.

The deal will give Utico a 95% stake in the insolvent water treatment firm. The company entered a court-supervised restructuring process this year that threatened to wipe out the holdings of tens of thousands of retail investors.

Hyflux is reportedly scheduled to give the Singapore high court a progress update on Friday, when the court will determine whether to extend Hyflux’s debt moratorium beyond its Dec. 2 expiry.

Along with Saudi Arabia, the United Arab Emirates closely cooperates with the United States on implementing Washington’s “maximum pressure” on the Islamic Republic.

Hyflux’s announcement shortly after its rescue deal with Utico has raised suspicions that UAE politics might have played a role in the company’s decision to terminate the Iran contract.

Iran’s trade with Asia is coming under increasing US pressure. Last month, Malaysian Prime Minister Mahathir Mohammad said his country was being “bullied” by the United States into closing bank accounts of Iranians.

“Our ties are very good with Tehran, but we face some very strong pressures from certain quarters, which you may guess,” Mahathir said.

“We are forced to do this because if we don’t, they will close our banks abroad. It’s a kind of bullying by very powerful people.”

His remarks came following reports of mass closures of bank accounts held by Iranian individuals and companies in Southeast Asia.

An Iranian university lecturer, Behrang Samadi, said the banks were being “more Catholic than the Pope”.

“In Western countries, there is no problem opening bank accounts,” he said. “They are only sensitive about money transfers, especially in big amounts.”

Hyflux, iran-Singapore ties, US sanctions against Iran November 27, 2019
US will keep sanctioning Iranian officials: Pompeo
Oil sales to account for %7 of Iran’s revenues next year