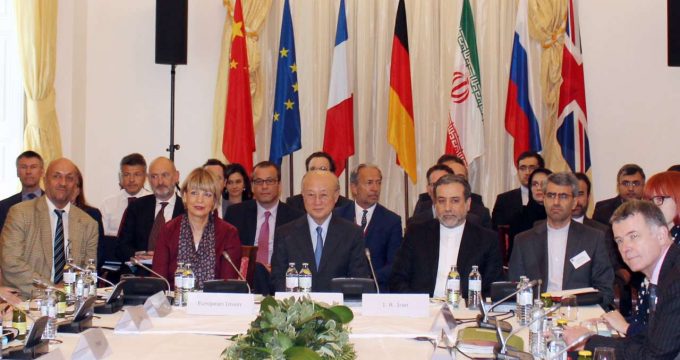 JCPOA Joint Commission meeting most likely to be held on Dec. 6

MNA – The Joint Commission of the Joint Comprehensive Plan of Action (JCPOA) will hold a meeting at the level of deputy foreign ministers that will most likely fall on December 6, the Iranian Foreign Ministry’s spokesman Abbas Mousavi said Monday.

The participants of the meeting will discuss the development of the situation around the JCPOA after Iran commenced reducing its nuclear obligations, Mousavi added.
“Iran welcomes diplomatic talks, despite the fact that no result has been achieved through negotiations yet,” the spokesman said.

Russia’s permanent representative to international organizations in Vienna had announced earlier that the next JCPOA commission is expected to be held in December.

Addressing US’ decision to end sanction waivers for Iran’s Fordow nuclear plant, Mousavi said, “we do not regard American officials qualified to form any opinions about Iran’s JCPOA commitments, since the US has withdrawn from the nuclear deal.”

“Iran has had a positive cooperation with the IAEA and the proof of that is the international body’s regular reports,” he said, underlining that Iran will continue its collaboration with the Agency.

The Iran nuclear deal, formally known as the Joint Comprehensive Plan of Action, came into effect in July 2015 between Iran and the P5+1 group of states — the US, the UK, France, Russia, and China plus Germany. It lifted nuclear-related sanctions against Tehran, which, in turn, voluntarily changed some aspects of its nuclear energy program.

The US, however, left the accord last May and reinstated the sanctions. The European partners, meanwhile, bowed to Washington’s pressure after they failed to honor their obligation to protect the Iranian economy in the face of US sanctions.

In response, Iran has initiated different steps in reducing its obligations under the accord since May to push the other parties to make efforts to salvage the deal.