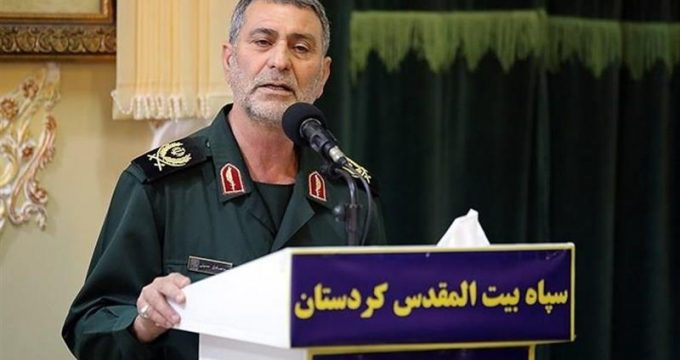 Tasnim – A senior commander of the Islamic Revolution Guards Corps (IRGC) in the western province of Kurdistan said the IRGC and the Basij (Mobilization) forces are implementing more than 3,500 development projects in deprived areas of the province.

Speaking to the Islamic Republic of Iran Broadcasting on Saturday night, General Seyed Sadeq Hosseini offered his congratulations over the Basij Week and said, “Basij is a popular, powerful, intelligent, and punctual force and much of the country’s security is provided by this hard working group.”

“Basij has taken a lot of measures in the field of construction in the (Kurdistan) province and implements projects as quickly as possible at the lowest cost and with the best quality,” he added.

The implementation of 3,540 projects to alleviate deprivation in the province is one of the services of the Basij and IRGC forces due to be completed this year, the commander went on to say.

The IRGC has carried out extensive plans in recent years for the development of border provinces and underprivileged areas.

IRGC forces have been also actively involved in rescue and relief operations in natural disasters across Iran.