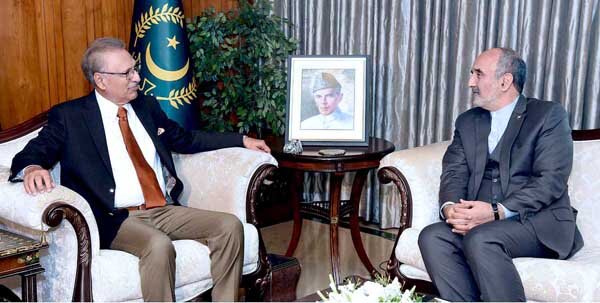 Tehran Times – Pakistani President Arif Alvi said on Friday that Islamabad is grateful for Leader of the Islamic Revolution Ayatollah Ali Khamenei for his strong support for the just struggle of the people of Azad Jammu and Kashmir.

Honardoost said that Pakistan and Iran are brotherly countries and regional peace and stability was their high priority.

Kashmir has been divided between India and Pakistan since their partition and independence from Britain in 1947. The disputed region is claimed in full by both sides, which have fought three wars over it.

Kashmir was the scene of fresh protests and placed under a lockdown ever since Prime Minister Narendra Modi’s government revoked the Indian-administered region’s special status in August.

India has claimed the decision to strip the Muslim-majority region of its semi-autonomy was necessary for economic development in Kashmir and to stop “terrorism.”