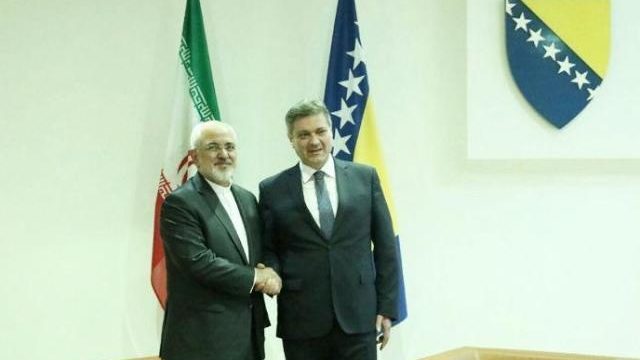 In a meeting with Iran’s Ambassador to Bosnia and Herzegovina Mahmoud Heydari, he highlighted bilateral friendly ties and called for strengthening all-out ties with Iran.

Komshic appreciated Iran for Iran’s assistance to his country in hard times, saying that Bosnia and Herzegovina Presidential Council welcomed promoting ties with Iran in all fields.

Croat member of Bosnia and Herzegovina Presidential Council thanked President Hassan Rouhani’s congratulatory message on his election as a member of the country’s presidential council, hoping that bilateral relations will further improve with the establishment of a new government.

Iran’s envoy congratulated him on Bosnia and Herzegovina National Day and wished success for him as head of the presidential council during his tenure.

Pointing to the growing trend of ties in political, economic and cultural arenas, he said that Iran considers itself a friend of the Bosnian people and favors strengthening stability in Balkan and peaceful coexistence of all tribes and development of the country.

Elsewhere in his remarks, Heydari commented on Iran’s approach on JCPOA, saying that Iran has decided to scale back commitments gradually in response to the other parties’ noncompliance with the deal, but the measures are reversible if the other members start to fulfill their parts under the international pact.