NK NEWS | Colin Zwirko: North Korea is expected to name a new ambassador to Iran after the post was vacated in late September, as the country’s Charge d’Affaires ad interim to Tehran has taken up the role in recent weeks to discuss boosting economic cooperation.

Kang Sam Hyon, who was appointed to the role of ambassador to Iran in December 2014, had a farewell meeting with Iranian foreign minister Mohammad Javad Zarif on September 18.

He also met with the head of the DPRK-Iran friendship parliamentary group Alaeddin Boroujerdi that month before departing the country, where the two discussed their shared anti-sanctions and anti-U.S. stance.

Kang reportedly expressed regret over the U.S.’s “unilateral choice to withdraw from Iran nuclear deal known as the Joint Comprehensive Plan of Action (JCPOA), saying North Korea is certain that Iran will be the real winner,” according to the Islamic Consultative Assembly News Agency (ICANA).

“DPRK will accelerate its cooperation with Iran in political, cultural, economic and international fields,” Kang reportedly added in the meeting. 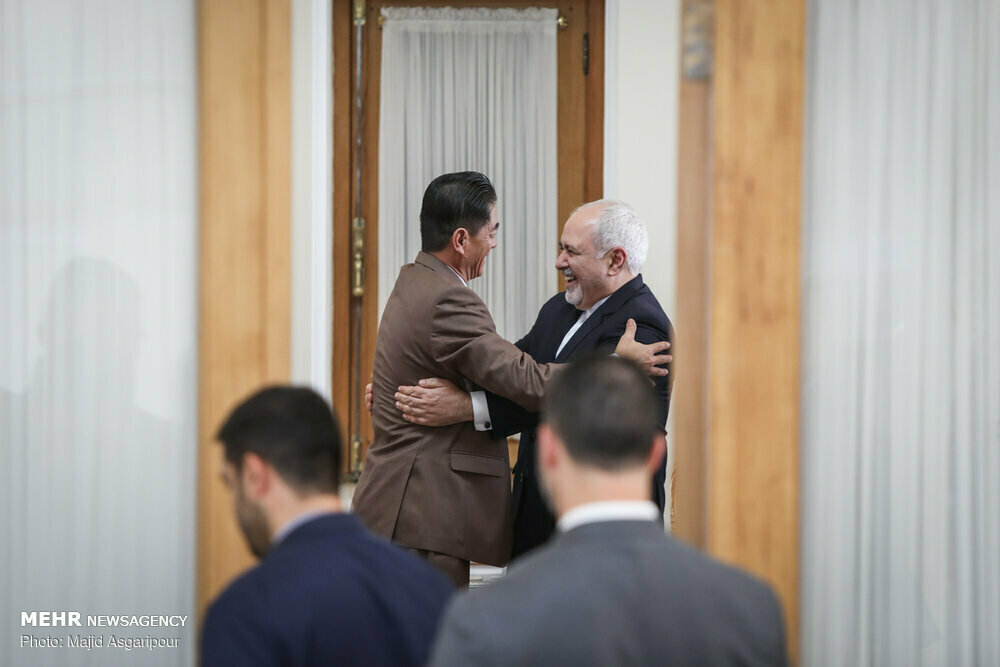 The timing of his departure after almost five years in the role indicates it is a routine turnover. Kang’s current whereabouts are, however, unknown.

A permanent replacement has yet to be announced by Pyongyang, though a recent meeting in Tehran conducted by Charge d’Affaires ad interim Kim Chol was reported by the North’s Ministry of Foreign Affairs (MFA) this week.

The report published Wednesday said that Kim and Iran’s Assistant Foreign Minister for Asia and Oceania Reza Zabib in a meeting on November 12 “exchanged views on the issues of developing the friendly and cooperative relations between the two countries, as is required by a new era.”

Kim was also photographed joining Zarif and Kang in the September farewell meeting, and has been quoted in Iranian media as showing interest in expanding economic cooperation to the local level. 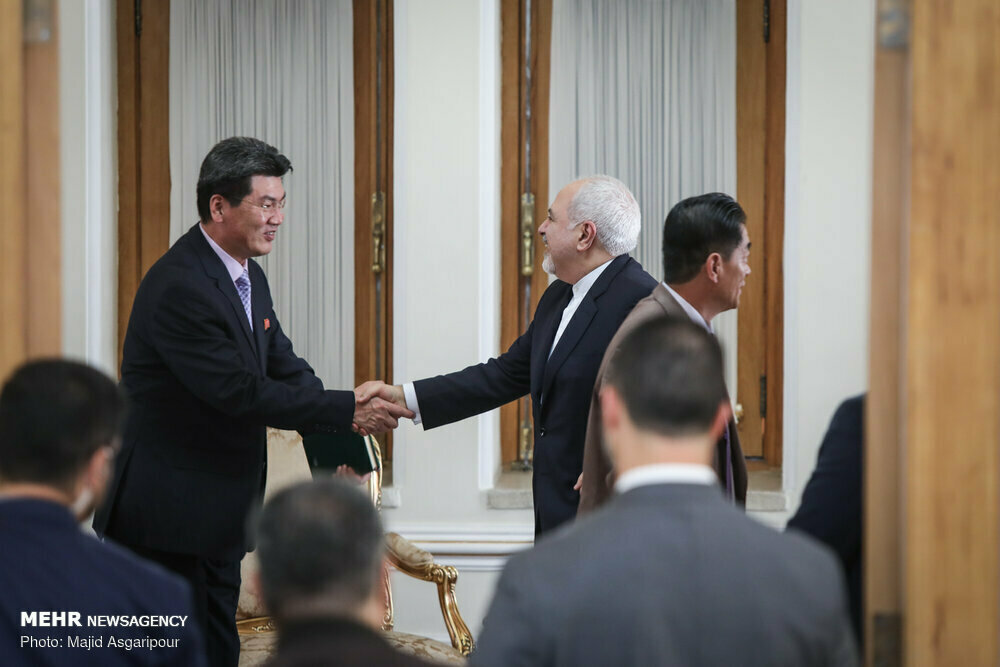 Joining representatives from 15 countries at a multi-day economic tour and forum in the southeastern city of Kerman earlier this month, Kim Chol “expressed hope for increasing relations between Kerman and North Korea in the near future,” according to the Islamic Republic News Agency (IRNA).

Kim reportedly added that his team had found areas of potential cooperation in their three-day visit to Kerman and plan to decide through consultation with Pyongyang on projects to implement.

Both Zarif and the DPRK’s Vice Chairman of the State Affairs Commission (SAC) Choe Ryong Hae attended a top meeting of the Non-Aligned Movement (NAM) in Azerbaijan late last month, though neither side reported on any meeting between the two.

The extended vacancy of the DPRK’s ambassadorship to Iran, running on two months now, comes as another of the country’s most important posts — in Russia — has remained filled only by a temporary ambassador for half a year.

NK News revealed in May that North Korean ambassador to Moscow Kim Hyong Jun was on his way out, similarly after almost five years in the position.

But as recently as November 13, Chargé d’Affaires ad interim in Moscow Jin Jong Hyop was reported to have met Russian vice foreign minister Igor Morgulov, indicating a replacement has still yet to be named.

Meanwhile, the DPRK has yet to fill the position of top diplomat in Hanoi after previous ambassador Kim Myong Gil — now chief negotiator with the U.S. — was recalled from the position in spring following Kim Jong Un’s February state visit to Vietnam.