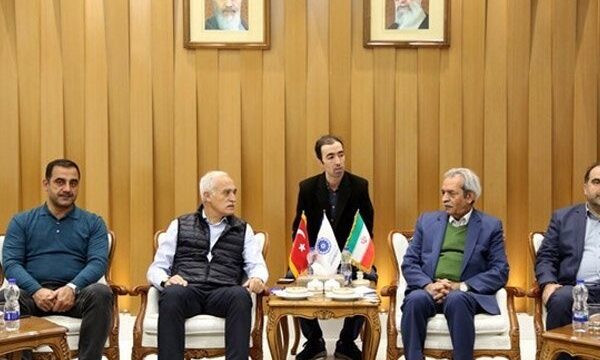 MNA – Islamic Republic of Iran and Turkey are poised to reach $30 billion worth of trade transactions between the two sides.

For this purpose, Chairman of Iran Chamber of Commerce, Industries, Mines and Agriculture (ICCIMA) Gholamhossein Shafei met and held talks with Nail Olpak, chairman of Turkey’s Foreign Economic Relations Board (DEIK) on Monday, discussing the development of cooperation of private sectors of the two countries, the use of national currencies and implementation of Preferential Trade Agreement (PTA).

Shafei pointed to an upcoming conference in Turkey to be attended by high-ranking officials of public and private investors of the Organization of Islamic Cooperation (OIC), saying that an Iranian trade and business delegation will take part at this conference.

It is hoped that this conference will pave the way for the development of bilateral cooperation between Iran and Turkey, Shafei added.

He then put special emphasis on the history of economic relations between Iran and Turkey and added, “Iran hails Turkish position against the US sanctions imposed against us.”

Elsewhere in his remarks, Shafei pointed to the compilation of an economic roadmap between Iran and Turkey and targeting for $30 billion bilateral trade and added, “despite bilateral talks, it is a matter of regret to say that trade and economic exchange between the two countries slumped by 30 percent in the first six months of the current year (from March 21 to Sept. 22).”

He called on government officials of the two countries to support private sectors with regard to the use of national currencies in economic exchanges.

The Chairman of ICCIMA said that the two countries should put special emphasis on the foreign investment, cooperation in the field of transport, transit and tourism.

The two countries of Iran and Turkey have an influential and constructive role in the Economic Cooperation Organization (ECO), he stressed.