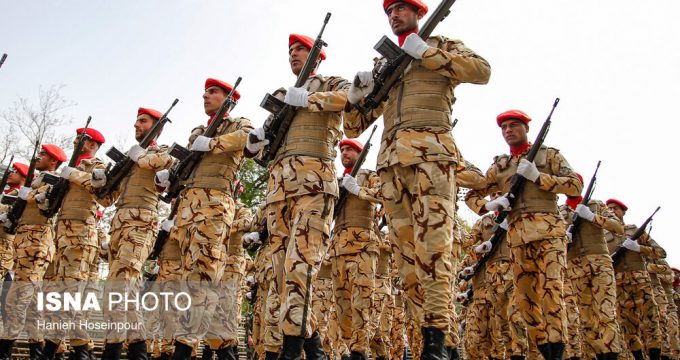 Tasnim – The Iranian Army condemned recent riots in a number of cities across the country as a conspiracy hatched by enemies and said the Army is standing firm in defending the people and the achievements of the Islamic Republic.

“The sworn enemies of the Islamic Revolution have spared no efforts to overthrow the holy Establishment of the Islamic Republic of Iran over the past four decades and have always sought to achieve this dream with numerous plots,” the Army said in a statement on Tuesday evening.

“At a time when the Resistance Front has opened a new chapter in the victory of Muslim nations in the region through defeating US-backed terrorism and the Islamic Republic of Iran has strongly resisted the enemy’s maximum pressure and put the enemy in a state of weakness and despair, the wounded enemies of Islam and the revolution have resorted to a new sedition…,” the statement read.

“…With full power, we are standing against any kind of aggression by our enemies to protect the honorable people and the achievements of the Establishment,” the army stated.

Following a hike in the price of gasoline on Thursday midnight, a number of Iranian cities saw sporadic protests that turned violent in some cases.

A number of banks and government buildings have been set ablaze.

In an address on Sunday morning, Leader of the Islamic Revolution Ayatollah Seyed Ali Khamenei warned that the sporadic protests and acts of vandalism in Iran would create insecurity.

Describing insecurity as the worst calamity for a society, the Leader said “all evil centers in the world” have mobilized efforts in recent days to encourage unrest in Iran.

Ayatollah Khamenei also called on the Iranian authorities to be careful that the rise in the price of fuel would not increase the price of other commodities.

The Leader also called on the people to separate themselves from a group of thugs who are encouraged by the foreign-based anti-Iranian front to foment insecurity.