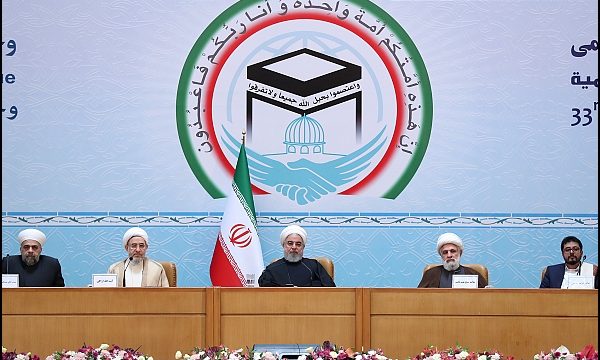 Rouhani: US no friend of Muslims, Mideast

“No one doubts that [nothing good has come] from the arrogant powers and the United States,” Rouhani said at the annual conference, which brings Shia and Sunni leaders and scholars together. He added, “In recent centuries, the source of every war, killing, bloodshed and conflict in the region has been the United States and the Zionist regime. From the killing of the people of Afghanistan to the killing of people in Iraq and Yemen to creating conflicts in various Muslim countries, they were all the plots of the United States in the region.”

Rouhani — who ran for president in 2013 primarily on the promise that through negotiations with Western countries such as the United States, Iran’s economic and political gridlock could be resolved — added, “Those who say the United States can be a solution — give us an example of which country the United States has helped.”