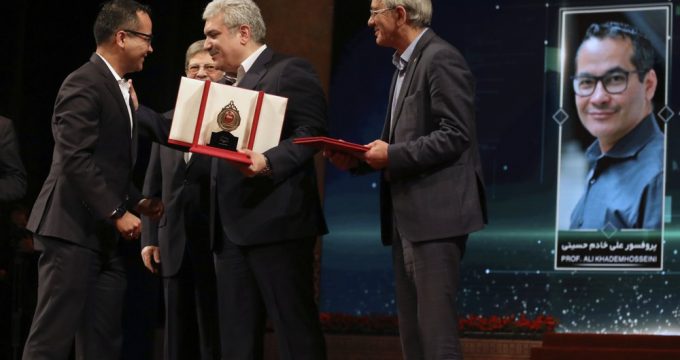 ISNA | Erfan Khoshkhoo: Iran on Monday awarded a top prize in the study of science and technology to two U.S.-educated scientists. Vice President Sourena Sattari granted the Mustafa award to five scientists, three Iranians and two Turks, during a ceremony. Among the recipients was UCLA professor Ali Khademhosseini, for his work on the application of nanostructures in the treatment of disease. Umran Inan, a Turkish professor of electrical engineering at Stanford University, also received the prize. Upon granting the awards, Sattari stressed that Iran’s achievements came from investing in its young people and not only from its oil revenue. It was the third award ceremony for the biennial prize since 2015. Iran launched the prize as part of its goal to become a regional scientific powerhouse.