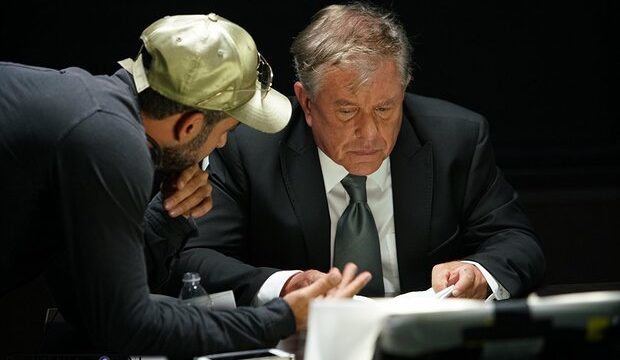 Iran-Hollywood production ‘1st Born’ to hit US theaters in Dec.

MNA – Ali Atshani’s comedy ‘1st Born,’ a joint feature film co-production between Iran and Hollywood, will hit the silver screens across the US from December 3.

The movie is the first joint production of Iran and Hollywood whose filming started in Los Angeles in September 2017.

The project centers on a newly married couple, Iranian-born Ben and his American wife Kate, who are living in California. When the couple’s first pregnancy faces complications, both sides of their family must come together – a rather complicated notion as Ben’s father Hamid is an anti-American Iranian politician, while Kate’s father Biden (played by Kilmer) is an American politician with a hardline stance against Iran.

American actor Tom Berenger, better known for his roles in ‘Platoon’ and ‘Inception’, appears as US President Donald Trump in the film.

The Iranian crew are reportedly in talks with officials from the Iranian Ministry of Culture to obtain the permit for simultaneous screening of the film in Iran via video on-demand (VOD).