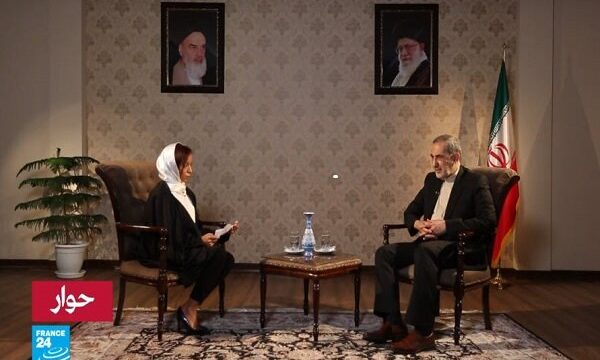 MNA – A top Advisor to Iranian Leader Ali Akbar Velyati has criticized the European signatories to the JCPOA for bringing up the issue of Iranian missile defense capabilities instead of abiding by their JCPOA obligations.

Ali Akbar Velayati made the comments in an interview with the France 24-Arabic Language TV, during which he said that Iran does not trust France as it has not abided by its commitments to the Iran nuclear deal or the JCPOA like other European countries.

It is noteworthy that the French President Macron has been holding regular phone conversation with his Iranian Counterpart President Rouhani with an attempt to save the JCPOA as Iran gradually take steps to reduce its own commitments to the deal in reciprocation for US illegal withdrawal and Europe’s failure to abide by their own obligations under the accord to make up for Iran’s losses.

In response to a question on the promised $15 billion credit line proposed to Rouhani by Macrone in exchange for reversing Iran’s JCPOA commitment reductions, the top advisor to the Leader said that “the main problem is that France and other European signatories to the JCPOA do not keep their promises. Nor did they live up to their promises in the nuclear deal. That is why we do not trust the French government to hold to its promises.”

He added that France like other EU countries are all talk and no action.

The official further lambasted the European countries for bringing up the issue of Iranian missile defense capabilities instead of abiding by their JCPOA obligations.

He called the French and other European states’ gestures with regard to the JCPOA as a show which is aimed at a political victory.

They want to tell the people of the world that they are trying to maintain and realize peace while the case is different, according to Velayati.

He further noted that when the US re-imposes the sanctions on Iran, Europe abides by them.

“France is seeking a political game with Iran,” he noted, adding as long as France does not take practical steps, Iran does not trust it.