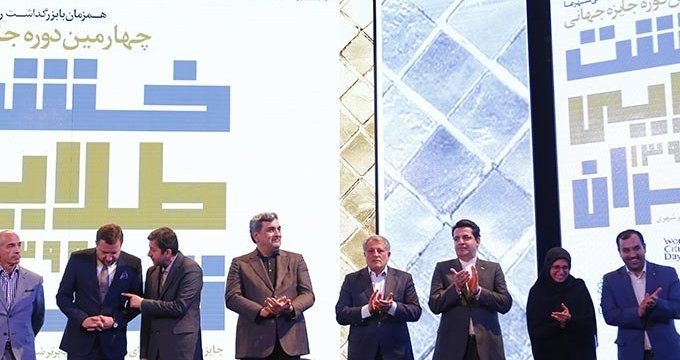 Financial Tribune – Jointly organized by the UN-Habitat and Tehran Municipality, the event was focused on smart city developments

To commemorate the World Cities Day internationally marked on Oct. 31, the fourth edition of Tehran Golden Adobe Global Award was held at the iconic Milad Tower on Saturday with focus on smart cities and technologies.

Golden Adobe is a global award for the best urban projects and practices. Jointly organized by the United Nations Human Settlement Program (UN-Habitat) and Tehran Municipality, the event was attended by mayors, urban leaders, local and urban officials and representatives of diplomatic corps and international organizations.

According to TM’s website, Tehran.ir, Tehran Golden Adobe is awarded to the best projects and practices in cities, regions and communities throughout the world, and aims to recognize the importance of local governments and urban management in promoting the social and economic environment, as well as the sustainability of cities and regions along with improving the living condition of citizens.

This year’s edition was themed “creation of smart, resilient and livable cities for all”.

The jury selected and introduced three superior projects in each area. The winners were handed a certification and plaque of honor. In addition, 21 runner-up projects were also honored.

The website says such innovations and initiatives in the field of urban development and management can play an important role in promoting the inhabitability of cities and the citizens’ quality of life.