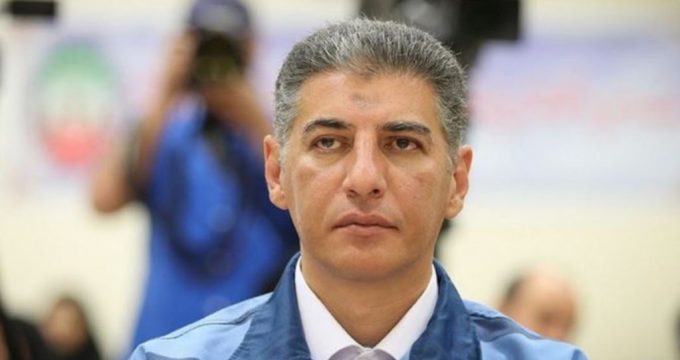 Radio Farda – A court in Tehran has sentenced a colleague of the imprisoned Iranian billionaire to twenty years of jail and repaying $1.3 billion of what prosecutors say is government’s embezzled funds.

Ziba Halat Monfared, identified by the local news outlets as the “right hand” of the imprisoned Iranian tycoon, Babak Zanjani, was arrested by the Interpol on January 15, 2017, and surrendered to the Islamic Republic.

Babak Zanjani was helping former president Mahmoud Ahmadinejad administration to circumvent U.S. sanctions but failed to return funds after he sold oil on behalf of the government. The court has sentenced Zanjani to death. Still, the Islamic authorities insist that they have suspended the verdict, hoping to force Zanjani to return billions of missing dollars.

Zanjani must repay two billion euros (approximately $2.2 billion), but has only returned one-fifth of what he owes the government, the Ministry of Oil maintains.

Furthermore, Ziba Halat Monfared insisted that he had been in home decoration business, and he had no expertise in crude oil and banking affairs.