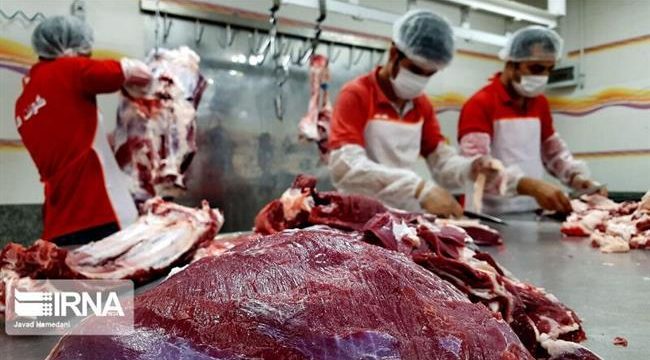 Iran meat production up in second quarter, down year-on-year

Press TV – Iran’s meat production has increased in the second quarter of its calendar year by around 13 percent although output figures shows 22-percent reduction compared to the summer of 2018.

The Statistical Center of Iran (SCI) said in a report on Saturday that the total red meat output recorded across the country between June 22 and September 22, 2019 stood at 77,000 tons (nearly 85,000 American tons).

It said beef accounted for more than half of the total production, over 43,000 tons, while lamb and mutton output reached 25,000 and 6,000 tons respectively.

The province of Tehran, where the capital city is located, produced the highest amount of beef with more than 7,000 tons in the three-month period, said the SCI, adding that the highest output for lamb was recorded in the northeastern province of Khorassan Razavi which is home to Mashhad, the second largest city and the center of Iran’s religious tourism.

Khuzestan, home to Iran’s Arab population in the southwest, topped the list of buffalo meat producers while the desert province of Sistan and Baluchestan, in the southeast, came first in camel output.

Iran is among the leading consumers of red meat in the Middle East region with lamb being the most sought after.

However, the consumption per person is around a third of what is normally seen in countries like the US and Australia, mainly due to the prohibition of pork in the Islamic law.

Around 10 percent of the domestic demand is responded to with imports from countries like Brazil, where Iranian supervisors directly control culling methods to ensure they complies with religious rules.