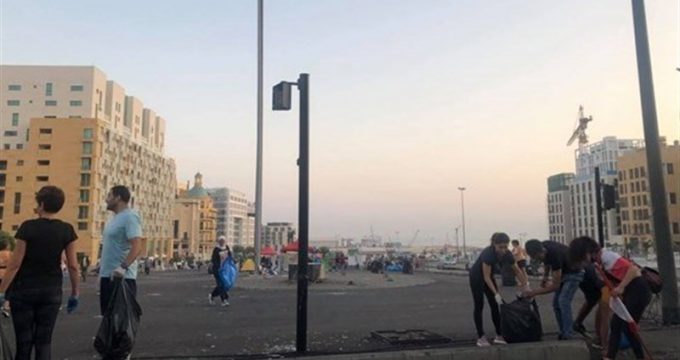 What is next for crisis-hit Lebanon?

“I listened to the voice of the people, that’s why I resign,” said the embattled Sunni Islamist PM, who admitted he reached a “dead end” while seeking to find a solution to the crisis.

Is this “dead end” Hariri’s own issue or does it concern a whole country? And what next for Lebanon as Hariri was asked by Christian President and Hezbollah ally to form a caretaker government. And how long will this precarious situation last for?

What does the resignation mean for protesters?

For the hundreds of thousands of Lebanese who took to the streets to voice their anger at what they perceived as a corrupt, political elite, Hariri’s departure is seen as a victory.

But, is it enough?

Some protesters see the resignation as a first, small step in a long process. They want the departure of all the symbols of the sectarian system in Lebanon, those who have dominated the political landscape for decades.

The relationship between Saad — the son of Prime Minister Rafik Hariri, who was assassinated in 2005 — and Hezbollah has never been smooth.

Sunni Islamist leader Saad Hariri and the Shia Islamist organisation Hezbollah still have different approaches when it comes to many issues, particularly the latter’s strong relationship with Iran and its involvement in the Syrian war.

However, Hezbollah chief Hassan Nasrallah, speaking before Hariri quit, said the resignation of the government would not bring about the solutions that protesters are demanding. A technocrat administration, he added, will ultimately be decried and forced to quit.

For decades, Lebanon has been and remains the arena of confrontation between the two biggest regional powers, Saudi Arabia and Iran.

The demonstrations provided fertile material for conspiracy theorists amid accusations that some foreign powers are financing and fuelling the protests. This prompted Hariri’s media office to deny these allegations.

At the very beginning of the protests, Riyadh issued a warning to its citizens urging them to exercise caution and leave Lebanon as soon as possible. About 870 Saudi nationals have been evacuated so far from the country.

At the same time, Tehran stood as a cautious observer of the situation in Lebanon. Iran’s foreign minister Javad Zarif said a few days ago that his country stands with the Lebanese government and its people to find a solution to the crisis without any foreign interference.

A political vacuum — even though momentarily filled by a caretaker government — will create uncertainty and increase the pressure on the Lebanese economy, which is threatened with collapse.

Lebanon’s public debt is 150% of GDP. The country’s economy is suffering from the effects of financial waste and endemic corruption. It has been exhausted by years of the war in Syria and the burden of refugees who have fled the neighbouring country.

Lebanon, with a population of four million people, is home to 1.5 million Syrian refugees, who have fled the fighting over the border.

It meant tiny Lebanon is home to the most refugees in the world as a proportion of its overall population.

A few days ago, Hezbollah’s Nasrallah and his ally, Nabih Berri, the speaker of the Lebanese parliament, warned against “chaos and the political vacuum” if protests continued.

Nasrallah even evoked the threat of civil war, noting that the country is a target of regional and international powers. Such remarks prompted harsh criticism in Lebanon.

However, neither elections nor immediate palliative economic solutions will be enough to ward off the danger.

The demonstrators took to the streets because of economic hardship, the deterioration of the standard of living and the sectarian system in the country.

Unless those in power provide radical and non-prosthetic solutions to meet the demands of the street, Lebanon will remain in the eye of the storm and will remain a battlefield for proxy wars.