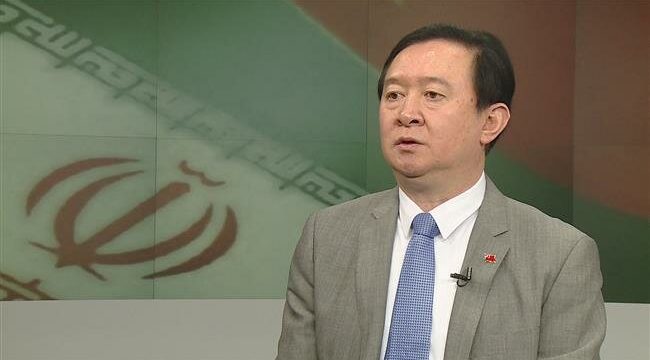 China envoy to Tehran: Exit from Iran deal driven by US unilateralism

Press TV – China’s ambassador to Tehran has lambasted the United States for withdrawing from the 2015 Iran nuclear deal and re-imposing unilateral sanctions against the Islamic Republic, saying such a move is the result of Washington’s embrace of unilateralism.

In an interview with Press TV on Wednesday, Chang Hua expressed his country’s firm opposition to the “unilateral” sanctions and the so-called “long-arm jurisdiction” that the US has imposed on Iran.

He said that China, a signatory of the nuclear agreement, officially known as the Joint Comprehensive Plan of Action (JCPOA), firmly supports the deal, describing it as a “great achievement of multilateralism.”

Chang further called on all signatories to the JCPOA to “comprehensively implement their obligations” under the accord.

He said that the remaining parties to the Iran nuclear deal should take practical measures to protect Tehran’s economic dividends of the agreement against US bans.

Iran and six world states — the US, France, Britain, Russia, China and Germany — clinched the JCPOA in 2015, under which nuclear-related sanctions against Iran were lifted in return for certain limits on the country’s nuclear activities.

The US, however, threw the survival of the landmark agreement into doubt by pulling out of it in May 2018 and re-imposing its unilateral bans on Tehran.

The remaining parties to the deal initially vowed efforts to keep it alive by protecting Iran against the American sanctions, but the European co-signatories failed to abide by their side of the agreement.

In response, Tehran began in May to reduce its commitments under the deal as a countermeasure against Washington’s exit and Europe’s failure to take action against the US.

Iran has already taken two steps in suspending its commitments with the aim of prompting Europe to stand up to Washington’s pressure and act on its contractual promises.

Under President Donald Trump, Washington has also unilaterally pulled out of other bilateral or multilateral agreements, including the 2016 Paris Agreement on climate change and the Cold War-era Intermediate-Range Nuclear Forces Treaty (INF) with Russia.

Regarding tensions in the Persian Gulf region, Chang urged concerned parties to hold “dialogue” to calm the situation.

Commenting on the Yemeni crisis, the Chinese envoy called on all warring parties to engage in dialog, saying the United Nations should play a “leading role” in this regard.

On the Syrian conflict, Chang underscored peaceful measures and “respecting Syria’s sovereignty and territorial integrity” as the sole way out of the crisis.

He also called on the international community to prevent a re-emergence of the Daesh terror group and other terrorist organizations in the region.