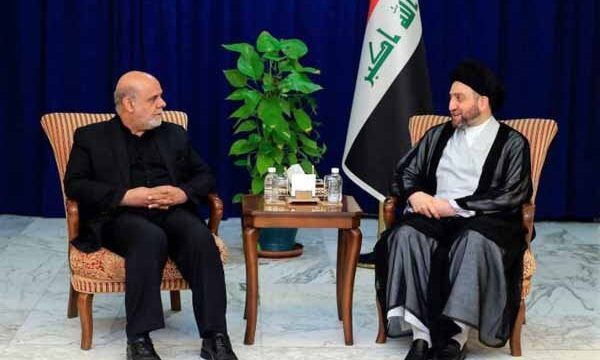 MNA – Iran’s Ambassador to Iraq Iraj Masjedi met with Leader of the National Wisdom Movement of Iraq Seyyed Ammar al-Hakim on Tuesday, where the two sides conferred on regional affairs.

“In my meeting with the Iranian envoy, we discussed mutual ties besides regional issues,” Hakim said, according to Almaalomah.

He also thanked Iran for its efforts done during Arbaeen ceremonies and named the event a chance for uniting nations besides exchanging thought and culture.

Hakim, in this meeting, referred to dialogue as the key to keep the region away from unrest and tension.