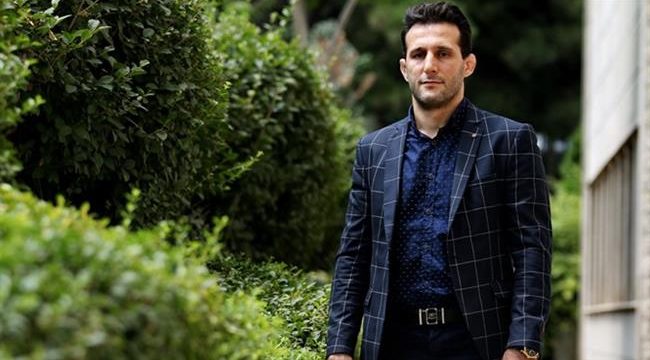 Press TV – Iran’s judo federation has denounced a ban imposed by the International Judo Federation (IJF) on Iranian athletes who refused to compete with Israeli opponents.

Federation chief Arash Miresmaeili dismissed the decision as “a cruel and a blatant betrayal” that would prevent Iranian judo athletes of various age groups from taking part in competitions abroad, the official IRNA agency reported.

On Tuesday, the IJF announced that it had banned Iran from international competitions indefinitely after Iranian judoka Saeed Molaei, who has sought asylum in Germany, claimed that Iran compelled athletes to avoid competitions with Israel.

“The international federation shouldn’t have taken such a measure against judo in Iran merely based on a false claim by an athlete,” Miresmaeili said.

The IJF said Iran had to provide “strong guarantees” and “accept that their athletes fight against Israeli athletes” in order for the ban to be lifted.

With only nine months left until the Tokyo Olympics, the ban denies Iran from competing in one of its main advantages in international sport competitions.

Speaking earlier, Miresmaeili suggested that the exclusion of Iranian judo athletes from international sports was a “pre-planned” scenario. He said the Iranian judo federation would follow up the issue through “diplomatic means”.

Following the IJF’s decision on Tuesday, the Israeli judo association and its head Moshe Ponte praised the IJF, describing its chief Marius Vizer as an “an amazing man and a true friend of Israeli sport”.

According to reports, Vizer is said to have personally assisted Molaei abandon the Iranian judo team and apply for asylum in Germany earlier this year.

Vizer is known to have been lobbying zealously against countries or athletes that refuse to recognize Israel. He reportedly even became emotional and wept upon hearing the Israeli anthem during international judo competitions in the United Arab Emirates last year.

‘We stand by our beliefs’

Last week, Iran’s Mehr news agency reported that Iranian Grandmaster Mohammad Amin Tabatabei and international master Arian Gholami had refused to compete with their Israeli opponents during the 2019 World Youth and Junior Chess Championships in the Indian cities of Delhi and Mumbai.

Speaking to Fars news agency, Gholami who had also refused to play against another Israeli opponent earlier this year said that he had decided to boycott Israel’s representatives to show his support for Palestine.

“In recent months, four Iranian chess players have refused competing with representatives of the Zionist regime in support for the Palestinian people,” Gholami said.

“After all, we have our beliefs and we will stand by them with all it takes,” he added.

Following the IJF’s ban against Iran’s judo athletes, Gholami expressed dismay in the prospect of a probable future ban on Iranian chess players boycotting Israel whose authorities and media are feverishly working to have them disqualified.

Gholami noted that Arkady Dvorkovich, the head of the International Chess Federation, may be inclined to do a favor for Israel due to some of his religious beliefs. This will “make it harder for us”, Gholami said.