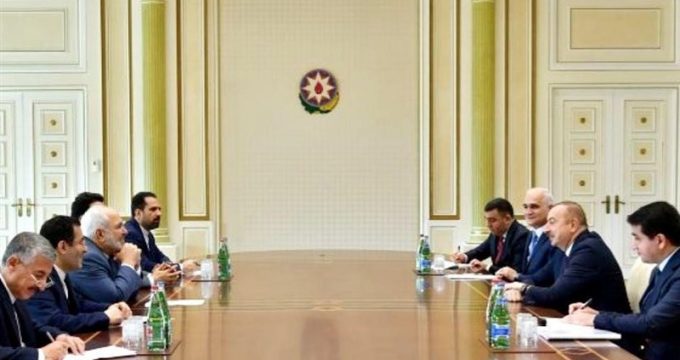 Tasnim – Iranian Foreign Minister Mohammad Javad Zarif and President of the Republic of Azerbaijan Ilham Aliyev discussed a range of issue at a meeting in Baku.

The top Iranian diplomat met with the Azeri president on the sidelines of a ministerial meeting of the Non-Aligned Movement (NAM) on Wednesday.

In the meeting, Zarif and Aliyev discussed the latest developments in the bilateral ties and major regional and international issues.

The ministerial meeting in Baku was held ahead of the 18th Summit of the Non-Aligned Movement.

Iranian President Hassan Rouhani will attend the 18th NAM Summit, slated to begin on Friday in the Azeri capital.