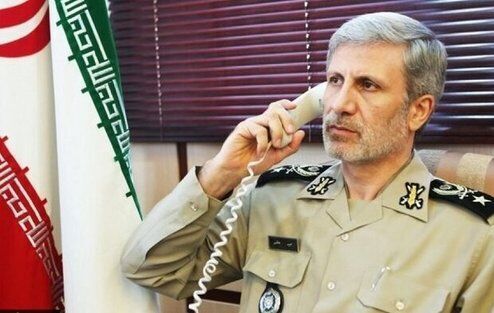 In separate phone conversations with Iraqi interior minister, chief of staff of armed forces and head of Popular Mobilization Committee Abu Mahdi al-Muhandis, he thanked Iraqi officials for their hospitality and described it as sign of brotherliness, solidarity and deep cultural links between two countries.

Despite the fact that many efforts have been made for undermining this event, Arbaeen has turned out to be a social and popular media to convey the message of freedom-seeking and standing against cruelty, he added.

Arbaeen marks the 40th day of martyrdom of Imam Hussein [PBUH] and 72 of his companions in 680 AD in a land known today as Iraq after they refused to pledge allegiance to the tyrant Yazid.

Every year, Muslim pilgrims from across the world flock to Iraq in the weeks leading to Arbaeen and walk toward Karbala on foot.