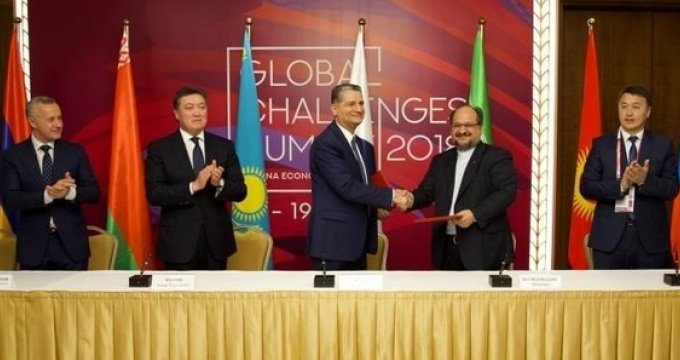 Financial Tribune – The average tariff set by the Eurasian Economic Union on Iranian goods as part of a preferential trade agreement set to come into effect between the two sides on Oct. 27 stands at 3.1%, while the figure is 12.9% for EEU goods exported to Iran.

Iran and the EEU have listed 862 types of commodities in their three-year provisional trade agreement. As per the deal, Iran will enjoy easier export terms and lower customs duties on 502 items and the same goes for 360 items from the EEU member states.

“Out of the total 862 items in the agreement, 639 are industrial commodities and the remaining 223 items are agricultural goods,” the deputy head of Iran Chamber of Commerce, Industries, Mines and Agricultures, Mohammad Reza Karbasi, was quoted by ICCIMA’s news portal as saying.