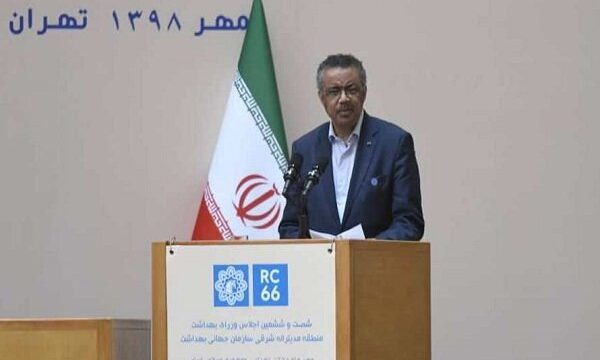 Iran, leading country in health sector in region: WHO chief

MNA – Director-General of World Health Organization Tedros Adhanom Ghebreyesus said that Iran is a leading country in health sector in the eastern Mediterranean region and has managed to control the mortality of children, women and communicable diseases by promoting health services.

The political commitment is needed to help improve health in the countries of the region, including Afghanistan, Jordan, Iran, Pakistan and other countries, he noted.

WHO chief said that in addition to emphasizing the issue of fighting against drug trafficking, the Tehran Statement indicates a healthy lifestyle and the importance of non-communicable disease prevention.