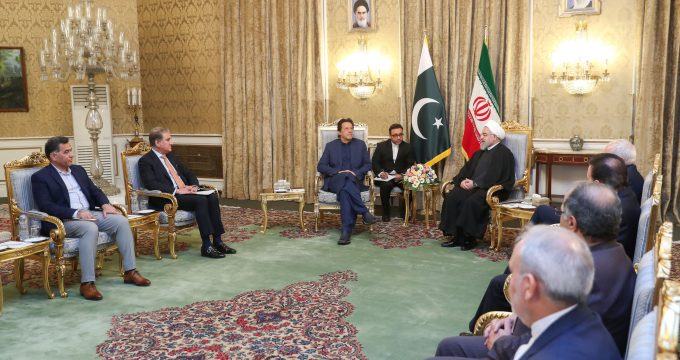 Speaking on Sunday in a meeting with Prime Minister Imran Khan of Pakistan, President Hassan Rouhani said, “Iran is determined to further develop its economic relations with all its neighbours, including Pakistan”.

Stating that the security of the region must be guaranteed by its countries, he said, “Foreign interference will add to the insecurity. The first step to ease tensions in the region is to establish a cease-fire in Yemen and end attacks on the innocent Yemenis, and Iran supports any attempt in this regard”.

He also referred to the attack on the Iranian oil tanker off the coast of Saudi Arabia on Friday, describing such incidents as increasing insecurity in regional waterways.

“The Islamic Republic of Iran has evidence in this regard, and will continue its investigations until the final result is achieved and its main perpetrators are found,” said the President.