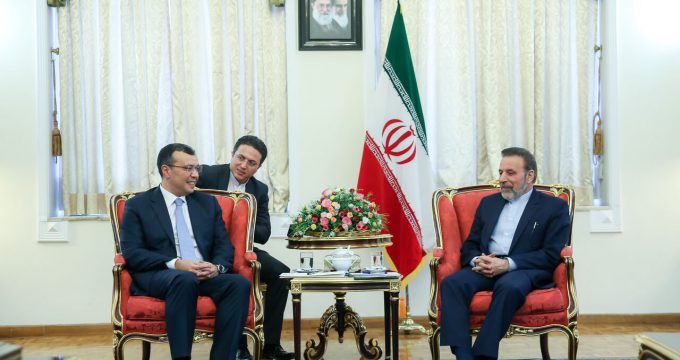 IRNA — Head of the Iranian President’s Office Mahmoud Vaezi described Tehran-Baku ties as strong and growing thanks to the efforts of the two countries’ presidents, saying that Iran knows no limits for promoting relations with the neighbors, especially Azerbaijan Republic.

In a meeting with Azerbaijan Minister of Labor and Social Protection of Population Sahil Babayev on Tuesday, he hailed the two countries’ supports to each other in the international circles, saying that Iran and Azerbaijan Republic as two kind neighbors are cooperating in all fields.

Numerous commonalities of the two nations are great asset for deepening mutual cooperation, Vaezi said, adding that the countries with closer attitudes should boost cooperation in a bid to preserve their national interests.

Babayev, for his part, said that Tehran-Baku relations have increased in the wake of political resolves of the two countries’ presidents, noting that Azerbaijan Republic attaches special significance for enhancing ties with Iran.

Referring to the plans made for deepening cooperation and sharing experiences between the two countries in various fields, including employment, he said that Iran-Azerbaijan relations can serve as a role model for the other countries.