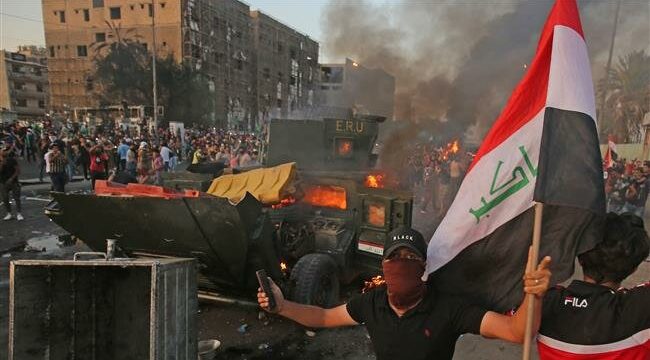 Al-Monitor – As the mostly peaceful protests over corruption and unemployment continue into their second week across Iraqi cities, Iranian officials are now reacting, indicating that authorities are becoming more concerned about unrest in the neighboring country.

Iran’s Supreme Leader Ayatollah Ali Khamenei tweeted Oct. 6 in Persian, English and Arabic, saying, “Iran and Iraq are two nations whose hearts and souls are tied together through faith in God and love for Imam Hussain. … This bond will grow stronger day by day. Enemies seek to sow discord, but they’ve failed and their conspiracy won’t be effective.”

Not only is Iraq a strategic political ally for Iran, but there are also deep cultural and religious ties between the two countries. Making matters more urgent for Iran is that authorities must prepare for the Oct. 19 Arbaeen religious ceremony in which millions of pilgrims will travel to Karbala, Iraq.