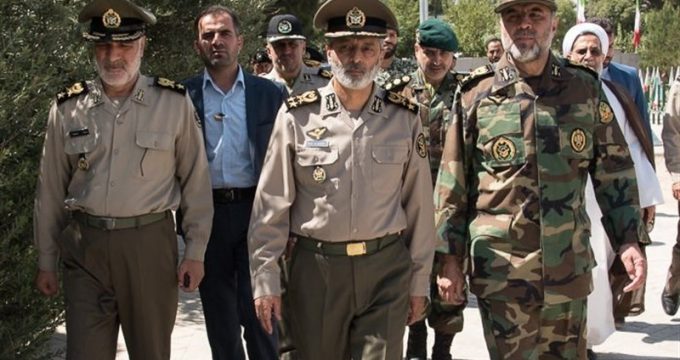 Speaking at an unannounced military exercise staged by the Army Ground Force in regions near Oroumiyeh, the capital city of the northwestern province of West Azarbaijan, on Wednesday, Major General Mousavi said the Army’s forces are fully prepared to counter “any possible movement of the enemy”.

“The Army’s units are at the peak of their readiness and will carry out any mission assigned to them as quickly as possible,” he stressed.

“The message of the war game to the enemies is that if they miscalculate, they should know that the children of this land are ready to resist with their full power at any time and place,” the commander added.

Major General Mousavi further emphasized that the army has full intelligence dominance over the region, adding, “We are prepared for any level of threat designed by the enemy.”

Held with the theme “One Target, One Shot”, the exercise is aimed at evaluating the combat preparedness of Army units and their mobility and agility in the battlefield.