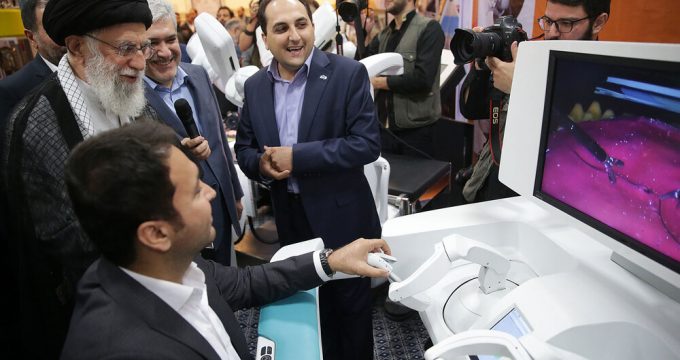 Tasnim – Leader of the Islamic Revolution Ayatollah Seyed Ali Khamenei assured Iranian knowledge-based companies and the enterprises working on advanced technologies that he would do the best to remove obstacles in the way of the youths’ scientific progress.

Ayatollah Khamenei paid a visit to the Exhibition of Knowledge-based Enterprises and Advanced Technologies –called Made in Iran– in Tehran on Tuesday.

During this two-hour visit, while touring 30 different booths of knowledge-based companies and discussing with scholars and technology experts, Ayatollah Khamenei was informed about the Iranian experts’ and youths’ scientific and technological achievements and patented projects.

During the visit, Iranian President’s Deputy for Science and Technology Sorena Sattari presented a report on the approaches and plans of his department for the transition from petro-economy to knowledge-based economy and said, “With the authorization of the Supreme Leader of the Islamic Revolution, the National Development Fund has provided excellent support to the country’s scientific sector, which increased the quality and speed of the scientific and knowledge-based projects to make the economy of the country resilient and to counter the sanctions.” 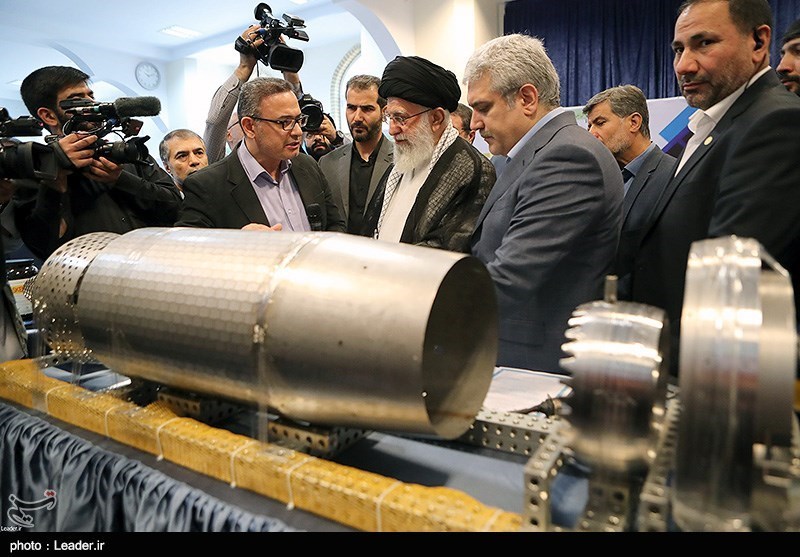 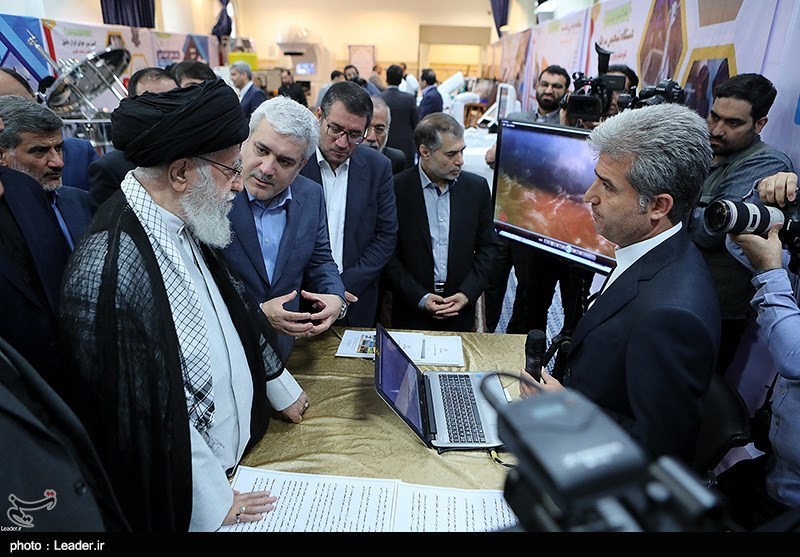 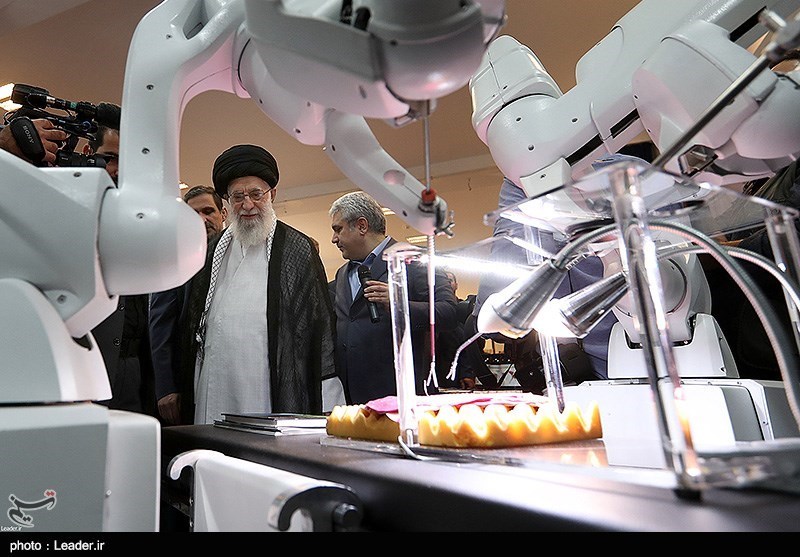 Referring to a plan on creating innovation zones adjacent to high potential universities and science centers, Sattari stressed that Iran is the largest innovation community in West Asia, and added, “There are now more than 4,500 knowledge-based enterprises, with 90 thousand billion tomans of income, which have created 300,000 direct jobs.”

He also described the field of production of advanced drugs as a successful example of reliance on the country’s young motivated individuals, and asserted, “As a result of the development of this field, the migration of the elite in the pharmaceutical sector has almost ceased, and any drug entering the cycle, becomes commercial and enters the consumer market, within a maximum of two years.”

Following Sattari’s comments, Ayatollah Khamenei emphasized the need to bypass the petro-economy and its cultural repercussions, stating, “One of the complaints of the youth at today’s exhibition was that sometimes the same product they manufacture is imported by government agencies from abroad. It is a result of the culture of the oil-based economy, and this faulty view must be corrected.”

The Leader also addressed Sattari by saying, “You should not allow these obstacles to impede the active youth; work in this area as much as you can, and I will do my best to help.”

The Leader further thanked the researchers, technology experts and organizers of the exhibition by offering them a note of gratitude as follows:

“In the Name of Allah, the Beneficent, the Merciful,

We saw the brilliant manifestation of Iranian talent and revolutionary endeavor in this exhibition and hence thanked God for it. Fundamental and essential work needs to be seriously pursued to exploit strong motivations and abilities. This is the most important duty of the government officials. Rely in God and move forward with hope and enthusiasm, you will surely be able to put an end to the country’s economic problems, God willing.