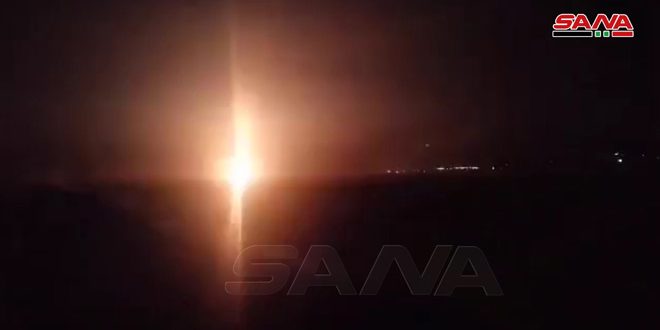 SANA – SANA’s reporter in Hasaka said that the Turkish regime’s army on Monday evening launched an assault on a number of areas in Hasaka northeastern countryside.

He added that the reported information indicated that the aggression targeted a site near Simalka illegitimate corridor on the Syrian-Iraqi borders and Tal Tawil in the countryside of al-Malkiya area  where Qasad militias (SDF) are positioned.

The reporter said that the information affirmed that the aggression caused only material damages, and no casualties were reported.