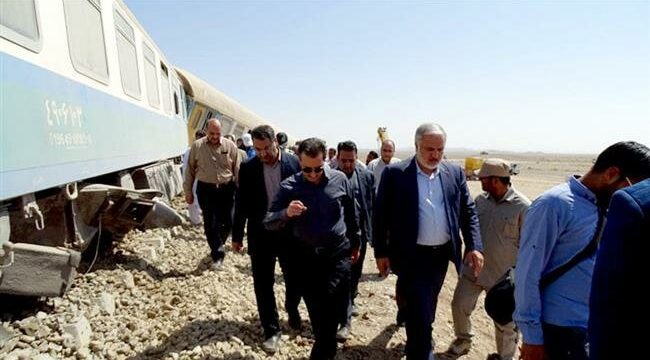 Press TV – Iran’s minister of transportation has ruled out the possibility that terrorism could have played a role in a fatal incident on September 25 on a key railway southeast of the country.

“We have not seen any evidences or documents (showing) that this act was carried out by terrorists groups,” said Mohammad Eslami on Sunday.

The minister made the remarks in response to a question by ILNA news agency about whether the derailment of the train carrying 250 passengers from Zahedan, in southeastern Iran, to the capital Tehran was motivated by terrorism.

The incident came amid reports that Iran’s economic infrastructure could be subject to threats after attacks targeting Saudi Arabia’s oil facilities earlier in September.

Some media reports have speculated that terrorists who carry out rare attacks in Sistan and Baluchestan province, where the incident took place, may have broken the tracks that caused the train to derail, killing 4 people and injuring 157 more.

Eslami said both local officials and security agencies are still investigating the incident to make their final verdict on the case.

He said, however, that the derailment was a “very rare” incident in Iran and the transportation system could not be blamed for it.

“We have tightened protection of the railway lines, hoping we could not witness such incidents (again),” said the minister.

The Zahedan-Tehran railway is expected to see increased traffic of passenger and cargo once Iran finishes connecting the port city of Chabahar, on the Sea of Oman, to Zahedan, a provincial capital, as part of a mega project that aims to facilitate trade between south and north of the country.

Iran is investing more than $330 million in the Chabahar-Zahedan railway project where Indian companies are also involved. The key railway is expected to significantly facilitate trade between the Indian Ocean and countries in the central Asia region through Iran and Afghanistan.