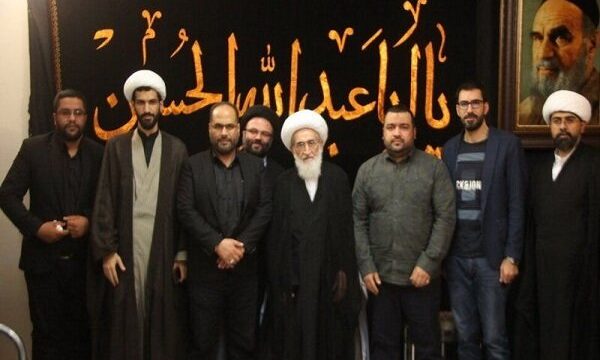 MNA – The family of Secretary-General of Lebanon’s Hezbollah Movement Seyyed Hassan Nasrallah visited some maraji and religious figures in Qom on Wednesday.

Heading a delegation of Hezbollah Movement, Seyyed Muhammad Javed Nasrallah, the son of Secretary-General of Lebanon’s Hezbollah Movement who has traveled to Qom to participate at his brother’s memorial ceremony (Martyr Muhammad Hadi), visited some maraji and religious figures on Wednesday.

Iranian maraji stressed on their support for the Resistance movement.

Muhammad Hadi was martyred on 12th September 1997 in Israeli regime’s army attack near the base of Zionists in the axis of “Sajad” in the “Mount Al Rafi”.