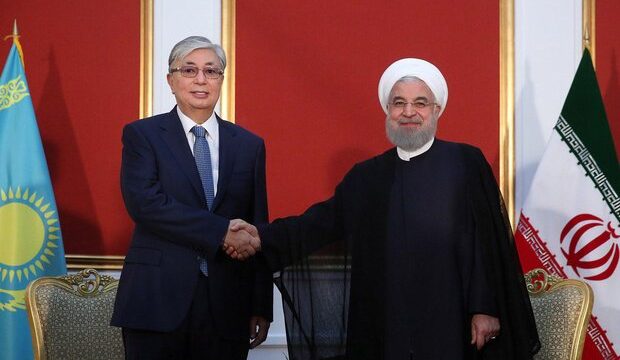 Hassan Rouhani, President of Iran met and held talks with Kassym-Jomart Tokayev, President of Kazakhstan in Yerevan on the sidelines of Eurasian Economic Union (EAEU) Summit.

He is set to have bilateral meetings with his Russian counterpart Vladimir Putin and Prime Minister of Singapore Lee Hsien Loong today.

The Iranian president is scheduled to address the EAEU summit and explain Iran’s capabilities and potentials for commercial cooperation with the union.

The Eurasian Economic Union (EAEU) was formed in 2014 with Armenia, Kyrgyzstan, Kazakhstan, Russia, Belarus and Armenia as its original members.