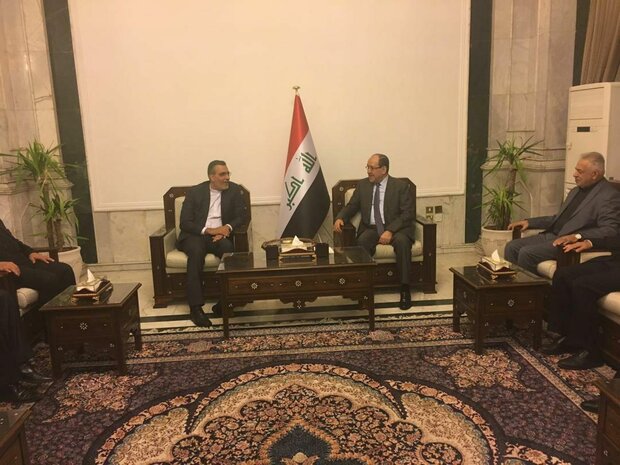 Hossein Jaberi Ansari, Deputy Foreign Minister for Iranian Expatriates’ and Parliamentary Affairs met and held talks with Former Prime Minister of Iraq and the secretary-general of the Islamic Dawa Party Nouri al-Maliki on Sunday on relations and cooperation between the two countries, developments in Iraq, the region and the world.

He also met and discussed bilateral issues with Iraq’s Parliament Speaker, the Minister of Interior and the Speaker of the Iraqi Parliament during his visit to Iraq.

Jaberi Ansari is currently in Iraq to talk with Iraqi officials on this year’s Arbaeen ceremony.

He has made a trip to Iraq to facilitate the organizing of the great march of Arbaeen.

Arbaeen, which is one of the largest religious gatherings in the world, comes 40 days after Ashura, the martyrdom anniversary of the third Shia Imam, Imam Hussein (PBUH). Each year, millions of Shias visit Karbala, where the holy shrine of Imam Hussein (PBUH) is located, to perform mourning rites.