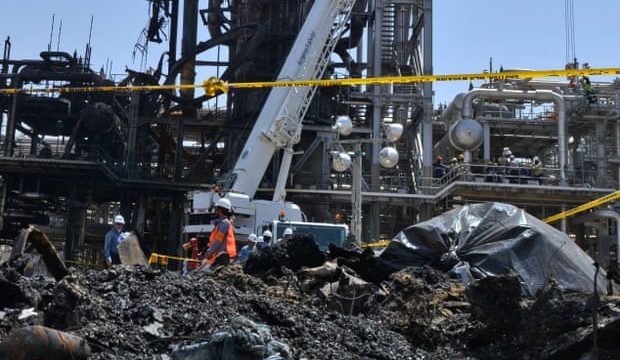 The Guardian | Simon Tisdall: The president’s misconceived Middle East policy has been laid bare, and few allies will rush to the rescue

They must be laughing their socks off in Tehran. The days following last weekend’s attacks on Saudi oil facilities, blamed by the US on Iran, have seen an almost comical display of indecision, confusion and bluster by the leader of the world’s most powerful country. As a result, Iran looks stronger … and Donald Trump looks like a clown.

If Iranian leaders intended to call Trump’s bluff, they have succeeded – for now at least. The president’s immediate reaction to the attacks was to declare the US “locked and loaded” for retaliatory strikes. Then he remembered he’s opposed to fighting wars in the Middle East and hopes to be re-elected next year.

Trump switched tack, saying the attacks were no big deal, even as global oil prices rocketed, because the US no longer needed Middle East energy. That’s not strictly true. Official figures show the US imported 48 million barrels of oil and petroleum products a month from the Gulf in 2018. Still dodging and weaving, he said what happened next was up to the Saudis – an extraordinary outsourcing of national security policy.