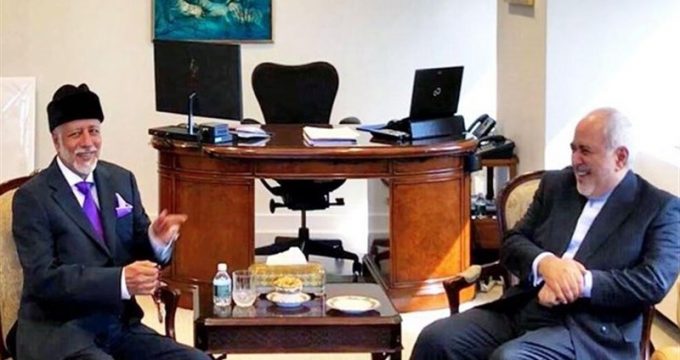 Zarif and bin Alawi exchanged views about a range of topics, including the latest developments surrounding bilateral relations between Iran and Oman.

The two top diplomats, who are in New York for the 74th United Nations General Assembly (UNGA) meeting, discussed the most significant issues in the Middle East and other parts of the world.

Oman’s Sultan Qaboos bin Said Al Said played an important role in facilitating the early stages of nuclear talks between Iran and the world power which resulted in the 2015 nuclear deal, known as the Joint Comprehensive Plan of Action (JCPOA).

In April, high-ranking military officials from Iran and Oman signed a memorandum of understanding (MoU) to boost cooperation between the two neighboring countries in various military spheres.