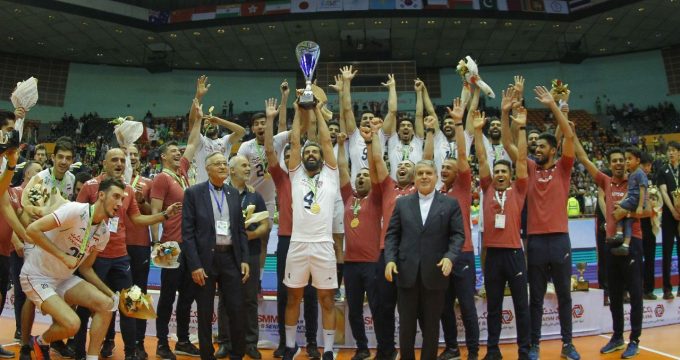 Press TV – Team Iran have been crowned the champions of the 2019 Asian Men’s Volleyball Championship, after sweeping aside Australia in straight sets, in the final showdown.

The Iranians, who were looking to avenge their defeat to the Aussies in the group stages, came into the game at Tehran’s Azadi Sports Complex, with all guns blazing, taking the opener 25-14.

The hosts went-on to take the 2nd set 25-17, and secured the title with a 25-21 win in the final set. That’s while, Team Iran had reached the final, after a dramatic 4-set-win against South Korea, while Australia made a great comeback against Japan in the other semifinal encounter.