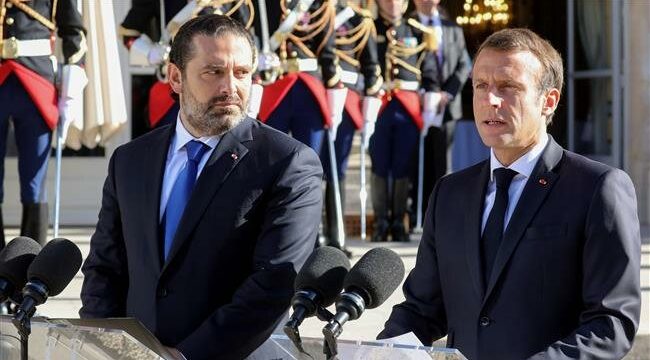 “The French role is constant and following this matter in order to reduce the escalation that is happening,” Hariri said following talks with French President Emmanuel Macron in Paris.

Tensions have escalated in the region after Yemen’s popular Houthi Ansarullah movement launched drone attacks against major Saudi oil facilities in Abqaiq and Khurais, shutting down about 50 percent of the kingdom’s crude and gas production.

Following the attacks, the United States rushed to point the finger at Iran for the raids without providing any evidence, ignoring an official statement by the Ansarullah in which it claimed full responsibility for the attacks.

Hariri’s remarks about French efforts to ease tensions came after Paris on Thursday appeared to dismiss claims by Yemeni force fighting a Saudi invasion that they were behind the attack.

“There is an international investigation, let’s wait for its results. I don’t have a specific opinion before these results,” he added.

France, which has a naval base in neighboring Abu Dhabi, had the Jean Bart warship operating in the area at the time of the attack.

Amid heightened tensions in the region, Russian Foreign Minister Sergey Lavrov told reporters on Thursday there is a need for an impartial investigation into the attacks.

“You have mentioned the need for a thorough and unbiased investigation,” he said.

“As far as I understand, efforts are being made in this regard. It’s important to make sure that the process is impartial because unsubstantiated accusations won’t help matters, they are only heightening already existing tensions in the region,” the Russian top diplomat said.

The US, which initially made threatening remarks against Iran following the drone attacks, later softened its tone, calling for the peaceful resolution of the crisis.