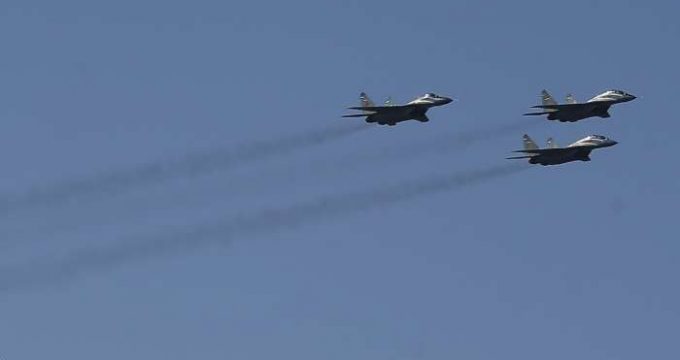 IRNA – Iran’s Army and the Islamic Revolution Guards Corps (IRGC) are to hold a joint air maneuver on the occasion of Sacred Defense Week in coming days.

The drills would be the third series of exercises by the Air Forces of the Army and the IRGC, Deputy Commander of Iran’s Air Force Brigadier General Hamid Vahedi told reporters on Thursday.

Vahedi said the Army-IRGC Air Forces drills convey the message of peace and friendship to the neighboring and friendly countries in the region.

National Sacred Defense Week that starts in Iran as of Shahrivar 31 (according to the Iranian calendar year) falling on September 22 this year, marks invasion of the Iraqi Ba’ath regime on Iran in 1980 when an eight-year imposed war began against Iran by the Iraqi dictator Saddam Hussein who was later executed on 30 December 2006.

Iraq’s eight years of imposed war gave Iran 230,000 martyrs and 600,000 war-disabled while 43,000 Iranians were kept captive by the Iraqi forces and many others have gone missing.