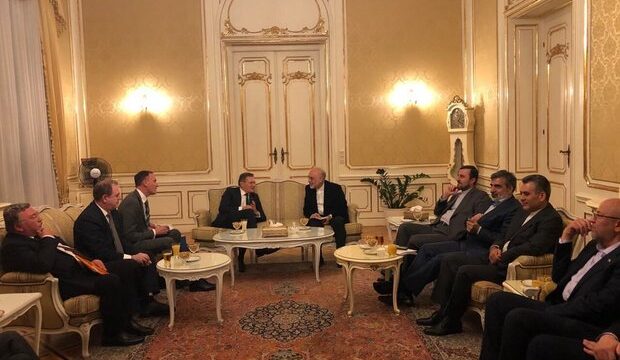 The meeting took place on Sunday night at the building of Iran’s permanent mission in Vienna, where the two sides conferred on expansion of bilateral ties and interactions within the International Atomic Energy Agency (IAEA).

At the head of a high-ranking delegation, Salehi arrived in Vienna on Sunday to attend the 63rd Annual Regular Session of the IAEA General Conference. High-ranking officials of IAEA and representatives from member states will be taking part at the week-long event, to be held from 16 to 20 September at the Vienna International Centre (VIC) in Austria.

Last week, Salehi met with the acting head of the UN nuclear watchdog (IAEA), Cornel Feruta in Tehran, where he criticized the European Union for having so far failed to carry out its commitments under the 2015 deal, which promised relief from trade sanctions in return for curbing the country’s nuclear program.

“Unfortunately the European parties have failed to fulfill their commitments…The deal is not a one-way street and Iran will act accordingly as we have done so far by gradually downgrading our commitments,” said Salehi at the meeting with Feruta.

“Iran will continue to reduce its nuclear commitments as long as the other parties fail to carry out their commitments,” he added.