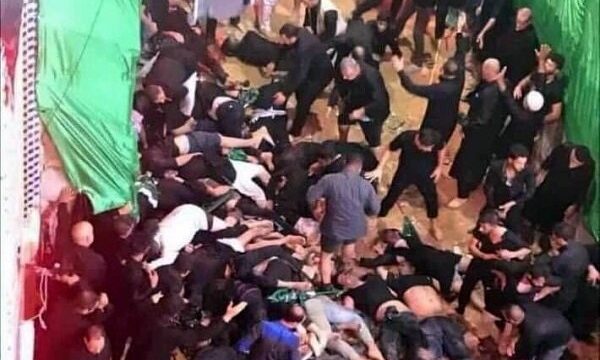 More than 30 killed in mass stampede in Karbala

MNA – According to reports more than 30 pilgrims were killed and dozens were wounded in a stampede in the city of Karbala, Iraq.

The incident took place in the afternoon during the major Shia ritual of Ashura when thousands of Shia pilgrims pushed into the entrance of Imam Hussein shrine in Karbala, some 110 km south of Baghdad.

According to health ministry spokesman Saif al-Badr, at least 31 pilgrims were killed and another 100 people were injured. He highlighted that the casualty toll is not final.

Hundreds of thousands of Shia pilgrims swarm Karbala in Iraq every year to commemorate the death of Hussein, Prophet Mohammad’s grandson who was martyred along with his 72 companions in the Battle of Karbala, in southern Iraq, in 680 AD after fighting courageously for justice against thousands of soldiers of the Umayyad caliph, Yazid I.

Ashura Mourning Rituals, Karbala, mass stampede in Karbala September 10, 2019
Hezbollah standing by Iran against US, Israel
Zarif in Trump reminder: Did you know Netanyahu pushed you into Afghan war, too?