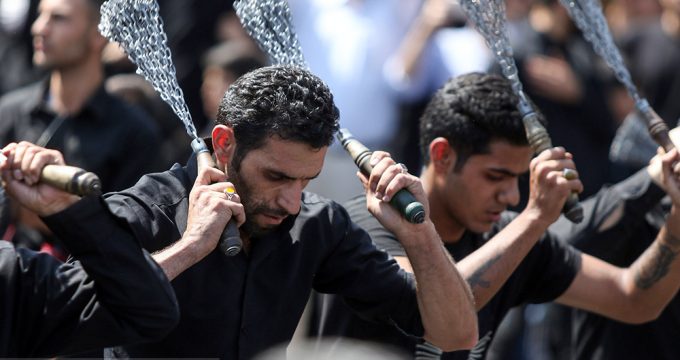 IRNA – Millions of Muslims in Iran and other Muslim countries commemorated the tenth day of Muharram which marks the anniversary of martyrdom of Imam Hossein (AS), the third Imam of Shia Muslims.

For Muslims, Ashura, the tenth day of Muharram, marks the climax of the remembrance of Muharram, and commemorates the martyrdom of Hossein ibn Ali (AS), the grandson of Prophet Muhammad (PBUH) at the Battle of Karbala on Muharram 10 in the year 61 AH (October 10, 680 CE). This year Ashura falls on Sept 10.

Mourning for Imam Hossein (AS) and his companions began almost immediately after the Battle of Karbala by his surviving relatives and supporters.

The massacre of Imam Hossein (AS) with a small group of his companions and family members had a great impact on the religious conscience of Muslims, particularly Shia Muslims, who commemorate his martyrdom with sorrow and passion.

Performing Ta’ziyeh (mourning theater) and cooking various kinds of food called (Nazri in Persian culture, or charity food) and distributing it among other people for free, are among the main parts of the ritual.

Imam Hossein’s (AS) uprising in Karbala is regarded as the symbol of resistance against oppressors by Muslims, as the grandson of Islam’s Prophet Mohammad (PBUH) with a small troop and his relatives stood up against injustice.

In Ashura, Iranian Muslims, along with others from around the world, in a sign of unity come to the street and mark the days and send the message to the world that they will not surrender to the oppression of any power, no matter how big it is.

In Iran, Afghanistan, Iraq, Lebanon, Bahrain, and Pakistan, the commemoration of Imam Hossein (AS) has become a national holiday and most ethnic and religious communities participate in it. In India, Ashura is a public holiday due to the presence of a significant Indian Shia Muslim population (2-3% of total population, 20-25% of Indian Muslim population).