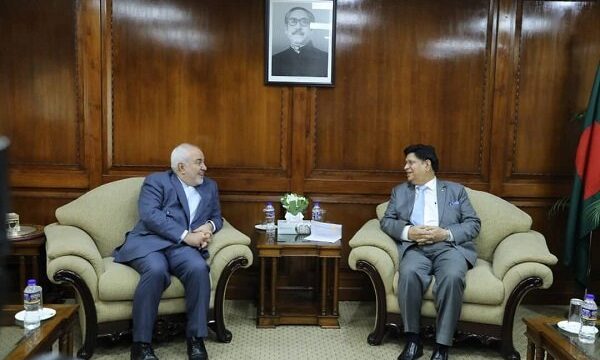 The two sides discussed a range of issues concerning bilateral ties, as well as regional and international developments.

Zarif arrived in the Bangladeshi capital of Dhaka as head of a high-ranking politico-economic delegation to hold high-level talks with senior officials of South Asian country.

While in Dhaka, he will also attend the third IORA Blue Economy Ministerial Conference, which will be held on September 4-5.

Zarif is scheduled to hold meetings with the participating representatives from different countries on the sidelines of the event.

He will depart for Indonesia as the next stop of his several-nation Asian tour on which he recently embarked.

Before making a stop in Dhaka, the Iranian diplomat was in Moscow, where he held talks with his Russian counterpart Sergey Lavrov on the expansion of “mutual ties as well as the latest developments of the JCPOA implementation and regional tension relief.”