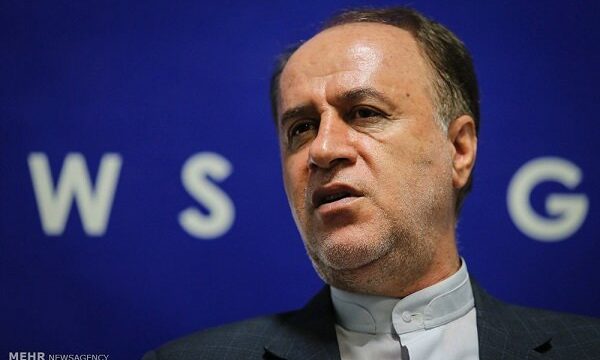 MNA – An Iranian lawmaker criticized those inside the country who voice support for negotiations with the United States, saying that such talks are a plot to defeat the resistance approach that Iran has adopted in face of US pressures.

“Today, all acknowledge that the resistance approach led to Iran’s victory in issues of [US intruding] drone and ship [oil tanker]. Also the resistance made Trump to adopt smoother stances towards Iran,” Hamid Reza Hajibabaei, head of Velaie Fraction of the Parliament, told Mehr on Tuesday.

The Iranian people have paid the cost of resistance and arrived at this conclusion that they have to wait for the country to pass this stage, he added.

“Exactly when the resistance has worked and we have to take the third step in reducing our commitments to JCPOA, which includes increasing uranium enrichment to 20%, the strategy of compromise and negotiation has been raised again,” the principalist politician added.

“Those who talk about negotiations are sure that resistance will attain victory in this stage and lead to US withdrawal but they are trying to pull the rug from under resistance’s feet.”

“We are not against negotiations,” he highlighted, adding, “We talked with America in a period and they retreated. Even today, if US returns to its commitments [under JCPOA], the Islamic Republic may come to this conclusion continue negotiations.”

The United States unilaterally pulled out of the Iran nuclear deal back in May 2018, imposing sanctions on Tehran. Iran still remains in the deal but one year after US withdrawal, officials announced that the country is reducing commitments to JCPOA in a step-by-step approach, asking other parties to the deal to stick to their commitments and safeguard Iran’s economic interests in face of US pressures.

Iran insists that there will be no talks with US unless it lifts all the sanctions.

“We’ve said it before time and again, and we say it again: We have no intention to hold bilateral talks with the United States. We never did and never will. It has been the case in the past year and a half, and even in previous years. There have been calls for talks, but we never responded to them,” the Iranian President Hassan Rouhani said in a Parliament session on Tuesday.

“When we talk about negotiations, we only mean it under the situation where all sanctions have been lifted; that is, the situation we previously had under the JCPOA. Our stance is clear,” Rouhani stressed.