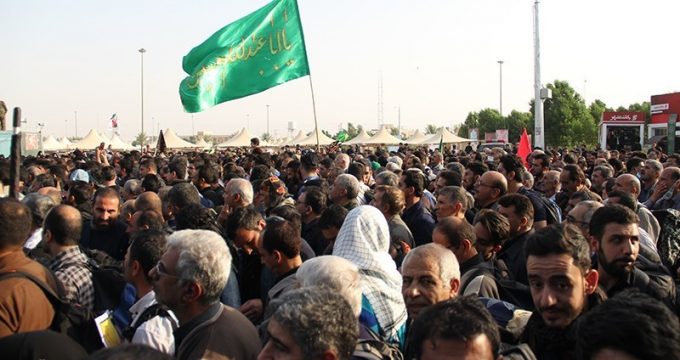 MNA – Khosravi border, in the western Iranian province of Kermanshah, was reopened on Sunday to ease the commute of pilgrims who want to visit the Holy city of Karbala for Arbaeen ceremony.

Iran’s Police Chief Brigadier General Hossein Ashtari said the border crossing was reopened based on a previous agreement between Iran and Iraq, adding that this year, Iranian pilgrims will enter and exit through Chazzabeh, Shalamcheh, Mehran and Khosravi borders.

General Ashtari also said another agreement between the two sides on the removal of visa requirements also comes into effect today, describing it as a positive step toward paving the way for Iranian pilgrims visiting the neighboring country.

Iraqi armed and defense forces will endeavor to ensure the security of the pilgrims on Arbaeen Day, he said.