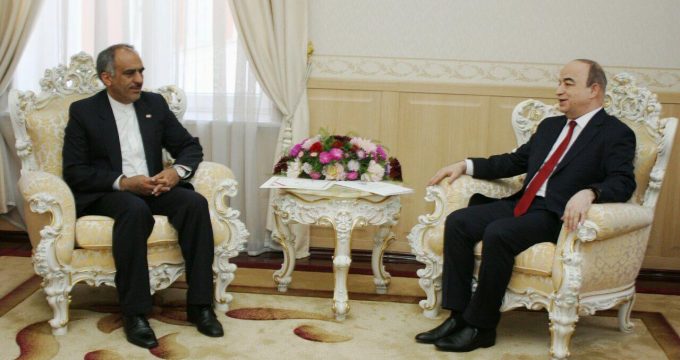 Tajikistan’s parliament speaker underlined the need for promoting friendship between the two states given the common grounds on religious, cultural, language and civilization areas.

Zohorov called for further cooperation and investment of Iranian and Tajik companies in joint projects.

The Iranian ambassador said, for his part, that he was pleased with improved relations between the two countries over the past several months, including the visit to Tajikistan by Iranian President Hassan Rouhani for a summit meeting of the Conference on Interaction and Confidence-Building Measures in Asia (CICA), a visit to Tehran by Tajikistan’s Foreign Minister Sirojiddin Muhriddin, and restoring direct flights between the two countries.

Saberi cited the upcoming meeting of Iran-Tajikistan Joint Cooperation Commission, saying that the capacities for economic cooperation between Tehran and Dushanbe are more than the current level.