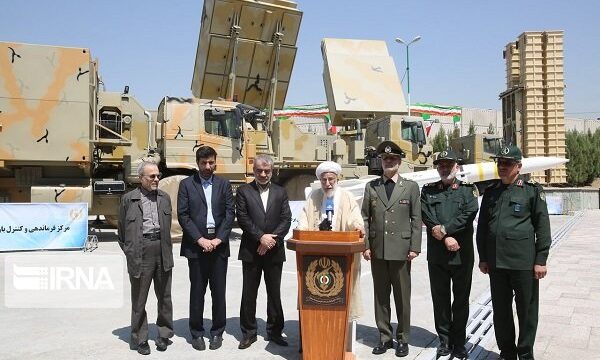 Iran will continue missile development ‘at a faster pace’ – Official

Sputnik – Iran’s missile development is a point of conflict in diplomatic relations between Tehran and Washington, with the former asserting its right for developing missiles and the latter demanding that Iran end the program.

Chairman of the Assembly of Experts Ayatollah Ahmad Jannati noted on Tuesday that despite the “enemy’s pressure” Tehran would never stop producing military and defensive equipment and weapons, according to Mehr News.

“Much to the enemy’s dismay, Iran will continue its missile and defensive activities at a faster pace than before,” Jannati said.

The statement comes as the chairman was visiting an exhibition of the new home-produced Iranian ‘Bavar-373’ air defence system, unveiled last week and said to be more advanced than those of the US Patriot anti-aircraft system.

Jannati highlighted that the “advanced defence system,” designed and produced domestically by “young experts” from the national Defence Ministry, has become a point of pride for Iran and Muslim countries in the region, Mehr News reported.

Iranian officials have reiterated on multiple occasions that Tehran would not negotiate the nation’s missile program, while denying that it violates UN Security Council resolutions – a claim made by several US officials, including Secretary of State Mike Pompeo.

The US has been accusing Iran of intensifying its efforts to develop ballistic missile technology, citing UN Security Council Resolution 2231, despite the fact that other members of the Security Council have been arguing that Tehran is not in violation of the resolution.