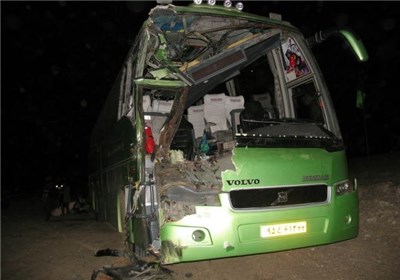 Road crashes and casualties annually constitute about 5 percent of the country’s gross domestic product, which is so costly and must become the country’s top priority, he stated.

“We should stop construction and development of roads for at least 10 years and spend all the budgets to improve the existing situation of roads,” Hosseini suggested.

Cars, roads and human are the leading causes of accidents, however, human is responsible for over 92 percent of the road accidents, he lamented, ISNA reported on Monday.

To reduce the crashes and losses, the first way is using capabilities of Information Technology Services (ITS), which track driving violations, he said, adding, “Currently, we only track

driving an unsafe speed while it can also track the drivers who run between lines as well as drowsy driving.”

“The second way is to eliminate the field of violation so that people do not have to violate the rules. In all suburbs, when comparing speeds in suburban areas with regulatory speeds, we find that people drive at higher speeds.”

He went on to highlight that motorcycles should be designed in a way that their power and speed fit the needs of the community to reduce the share of motorcycles in road crashes.

Equipping the provincial traffic police with smartphones which send instant massages to the violators can be really efficient in preventing those vehicles from causing crashes, he concluded.

“To reduce car crashes, we must develop facilities and emergency fleet, both in emergency medical services and traffic polices,” he noted, adding, actually, 33 organizations are responsible for traffic accidents reduction.

Nearly 1.25 million people die in road crashes each year, on average 3,287 deaths a day. An additional 20-50 million are injured or disabled. More than half of all road traffic deaths occur among young adults aged 15-44.